I’ve spent the last few weeks on a quest for perfect homemade popcorn. I know that’s ridiculous, but as justification, let me just say that I’m writing this during COVID-19 stay-at-home requirements. We’re ALL on a quest for something we hadn’t shown any interest in…Before.

I’ve learned a lot, and I want to share. Mostly because it helps justify the amount of time and money I’ve put into this research, both written and taste-test-based. It all started because I’d read that it was easy and cheap to microwave regular popcorn, rather than buying the pre-packaged, individual serving microwave stuff. You just put regular popcorn in a paper bag—no oil—roll the end of the bag closed, and microwave till popped.

So I tried it. And yes, you can get popped corn that way. But repeated tests proved it’s likely to either burn, or to leave about a third of the kernels unpopped. Hence, my quest. I’ll spare you all the steps I went through, but trust me, there were many. I’m going to share just the important stuff—the Holy Grail points of making superior popcorn at home. I’ll put actual instructions toward the bottom, if you want to skip the whys and wherefores.

But it can be the best in your neighborhood. Bragworthy, even. That’s something to strive for, no matter how pedestrian the food.

This may not sound revelatory, but it does represent hours and hours of research and testing. I love the taste and texture of popcorn made with these guidelines. The only problem with it is that it’s hard to stop eating. I have high hopes for your results, and I hope you will leave me a note if you find methods that are even better. I love to benefit from someone else’s research. Happy popping! 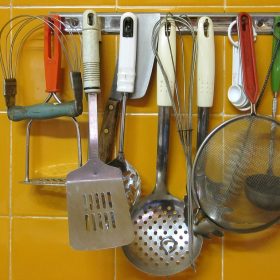 Things You Should Have in your Kitchen—Part 1: Tools
So now you’re going to be cooking for yourself—and maybe others. What do you need on hand in order to
READ MORE 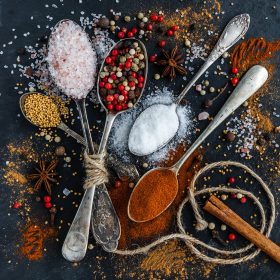 Things You Should Have in your Kitchen--Part 4: Spices
If you’re just “tuning in”, this is the fourth of a four-part exploration of the essentials you need in your
READ MORE 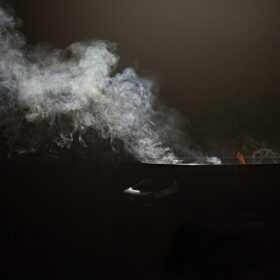 Handy Cooking Oil Smoke-Point Chart
These days, I find myself choosing my cooking oil not only by flavor profile, but also by smoke point. The
READ MORE 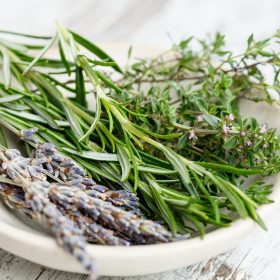 Spring Is Coming! Time to Take Charge of Your Herbs!
Sure, you can use dried herbs. They’re there all year ‘round. And you know what you’re getting. But... I feel
READ MORE 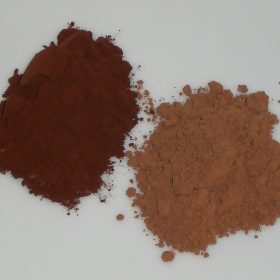 Natural or Dutch-Process? Which Cocoa Powder to Use??
No, they’re not the same. What if your recipe doesn't specify what kind to use? Different chemical properties means they
READ MORE
1 2 3 … 9 Next »