Ooh, let’s talk about knives! I like knives. Fancy chefs would use the word “cutlery”, but I think it’s much cooler to say “knives”! It gives things a more dangerous edge. The word seems more dicey, you know? Both puns intended, I’m afraid.

Much like my ego obsession with expensive cookware, I believed for a very long time that the more I paid for a knife, the better it would be. I’m not going to tell you otherwise, but here’s the thing: even if you pay a lot of money for a knife, its edge will not stay sharp. You, or your local knife-sharpener will have to remember to keep it that way. And once you sharpen it, it will never look quite as nice as it did when you first opened its box. I have some of those great knives, and I rarely use them.

Why? Because they’re waiting for me to remember to get them sharpened. Meanwhile, I’ve discovered something better: ceramic. My three favorite knives all have ceramic blades. My chef’s knife and my paring knife are both from Kyocera. I’ve been using them for seven years now. They don’t chip, they’re not heavy, and they clean and store easily. They’ve been dropped on tile and porcelain, they’ve had their edges used to scrape stuff off the cutting board (don’t do that—use the knife’s back!), they’ve been used when a serrated edge would have been smarter. And they’ve never lost their edge (though they’re sharpest when they’re new). I bought a Dahlstrong ceramic bread knife a couple of months ago. It’s really sharp. It’s the only knife I’ve ever had that cuts through crusty bread without objection and without squashing the bread. I did accidentally jam its tip into my wood cutting board pretty hard, and a tiny piece stuck and broke off, but that was my fault, not the knife’s. Oh, and here’s another big plus: they are a LOT less expensive than steel knives. The Kyocera set of two was about $45, and the Dahlstrong was under $30.

I’ve learned that for me, low maintenance (not “best”) is better. I like that when I pick up my favorite knives, I never have to wonder if they’ll be sharp enough to do the job. I know they are always ready to do what I ask of them, without any forethought from me about their care. I also like that if I get that craving for a new knife, it won’t cost me an arm and a leg. (We won’t pursue the possibility of that pun any further.)

About Stainless Steel
If you’ve made my recommended leap into trying stainless steel tri-ply cookware and want it to be non-stick, it’s fast
READ MORE 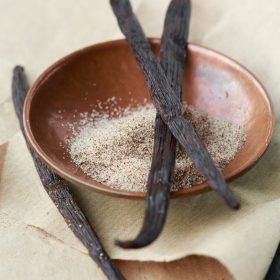 Imitation Vanilla: Surprise!
Many of us highbrow snobby cooks will only use real vanilla extract. We wouldn’t sully our cooking or our reputations
READ MORE 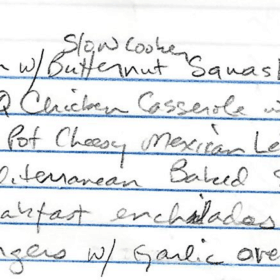 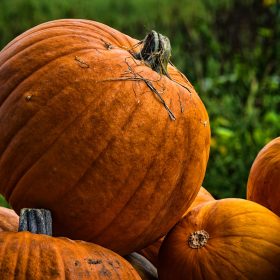 Using That Pumpkin
Cut your sugar pumpkin or sweetmeat squash in half, scoop out all the seeds, and place the halves cut-side down
READ MORE 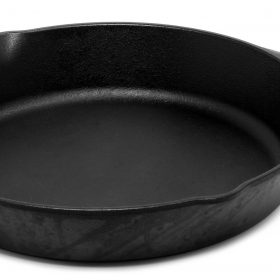 About Cast Iron
If you’re already using cast iron, most of the info I’m about to impart won’t be new to you. But
READ MORE
1 2 3 … 8 Next »
wpDiscuz